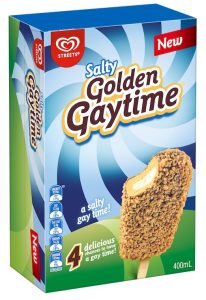 Streets describes it as, “An utterly delicious take on Australia’s favourite ice cream, with toffee and vanilla ice cream, chocolate, iconic vanilla crumbs and a savoury, light sprinkling of salt.”

General Manager of Ice Cream at Unilever Australia and New Zealand Paul Connell said, “We know Aussies love a Golden Gaytime so there was no question they would go crazy for a salty one.

“And with Salty Golden Gaytime available in single and four packs, you can enjoy one by yourself. But why not grab some friends and try it together? After all, it’s hard to have a Gaytime on your own. 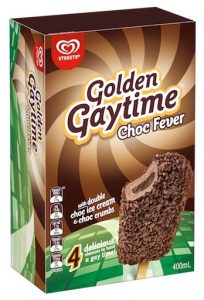 “Since we ran our Gaytime Crumb Shed in 2017, Salty Golden Gaytime has been a highly requested addition to the Gaytime family. It’s great to give Aussies what they want.”

Mars Wrigley Australia has announced the appointment of Duncan Webster as Chief Financial Officer. With over two decades of experience in corporate finance and...
Read more

It’s happening… robots are taking over our jobs! Well not entirely. However, Catch Group is partnering with Körber to deploy autonomous mobile robots (AMRS) at...
Read more