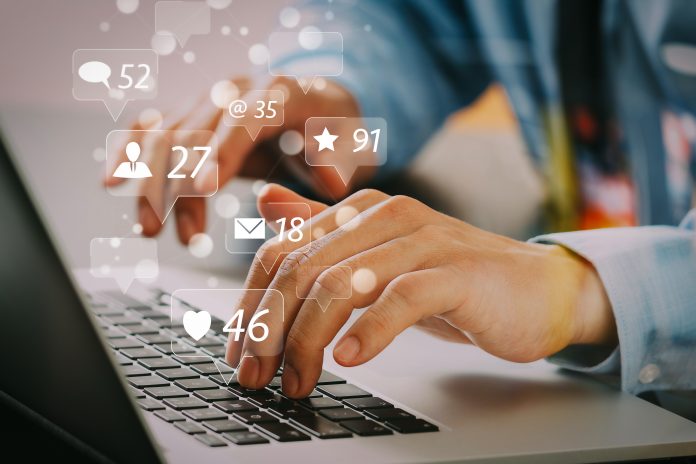 Social media – a tool that can make a significant difference in business, and has become essentially vital in the digital times we currently live in. However, seven out of 10 businesses don’t measure their return on investment when it comes to social media.

Of the 31% that do measure, 58% did so by asking their customers and 60% monitoring their responses on social media.

“Social media has a massive audience – 18 million active users in Australia – so every dollar you spend should be accounted for.”

“This is backed up by 63% of businesses saying they believe their social media spend will lead to an increase in sales over the next 12 months with 9% saying they expect sales to be up between 21% and 50%,” Mr Hayes continues.

According to Hootsuite’s Digital 2020 Report, social media ad spend in Australia in 2019 was $2.38 billion, “so there’s a lot of competition”.

Mr Hayes said there is still a propensity for businesses to manage their social media inhouse, with 80% doing this. “What I thought was interesting is that more than half (55%) said the business owner/manager had responsibility for social media and just 20% the marketing department.

“Only 8% of businesses said they outsourced their social media with 13% using the IT department!”

This isn’t a drill – Robern Menz and Bickford’s are teaming up for… yes you guessed it, Violet Crumble flavoured milk. In August, a leaked...
Read more
Business Insights

With travel restrictions still in full-force, including overseas travel seeming to be a distant future, majority of people are spending a lot less than...
Read more
News

Coles and the Heart Foundation are teaming up in encouraging Aussies to eat healthy and feel better, with the launch of Coles Health Hub. Survey...
Read more
Business Insights

It’s happening… robots are taking over our jobs! Well not entirely. However, Catch Group is partnering with Körber to deploy autonomous mobile robots (AMRS) at...
Read more
Events

In a first ever, Australians will be asked to ‘STOP … and SHOP AUSTRALIAN’ for ‘National Buy Aussie Day’ being held next week, Thursday...
Read more
Business Insights

Emily Devon - September 25, 2020 0
In a first ever, Australians will be asked to ‘STOP … and SHOP AUSTRALIAN’ for ‘National Buy Aussie Day’ being held next week, Thursday...