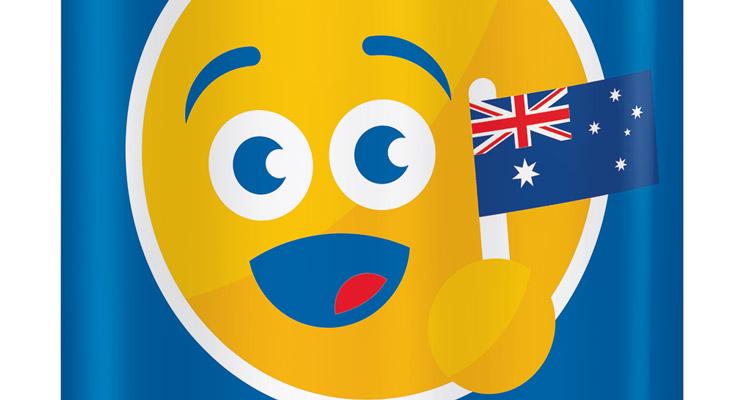 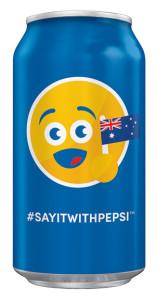 Pepsi continues its campaign to spark conversations and action around the world with today’s truly global language – emojis.

The global ‘Say it with Pepsi’ effort launched in Australia in February, following its successful introduction in other markets, including Russia, Canada and Thailand.

“‘Say it with Pepsi’ will come to life in the real world in the most unexpected ways, moving beyond the digital world into the physical world.”

The PepsiCo Design & Innovation Centre created hundreds of PepsiMoji designs for a universal language system proprietary to the brand. In Australia, consumers will be able to find 35 PepsiMoji designs, including nine that reflect the unique nature of Australia and the Aussie consumer – from summer love and sunglasses to barbecues, football, cricket and surfing.

The conversation-starting and socially sharable PepsiMoji designs are on Pepsi ‘regular’ cans and bottles, produced by Pepsi bottling partner Schweppes Australia, and are available in stores for a limited time only. A custom PepsiMoji keyboard with hundreds of PepsiMoji designs for mobile and social use is available for free download on the Apple App and Google Play stores.

Beyond packaging, the brand created an entire PepsiMoji ecosystem with a fully integrated ‘Say it with Pepsi’ marketing campaign that was launched on March 1. The campaign includes TV advertising, billboards and posters on buses and trams around Australia. It also features retail and in-store media, digital and social media and other activations to encourage consumers to ‘Say it with Pepsi’.

A ‘decadent and delicious treat’ from Whittaker’s