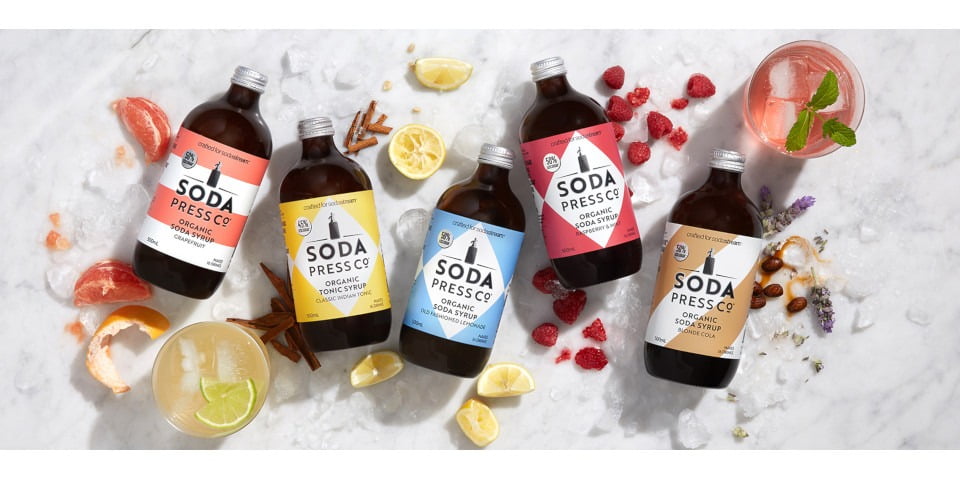 SodaStream is partnering with Soda Press Co to create a range of natural, reduced-sugar soda syrups for its sparkling-water system.

Soda Press Co was born Down Under and says it makes its syrups from organic ingredients.

To coincide with the partnership, Soda Press Co is also launching its latest syrup, Original Kombucha.

Also launching in the next few months will be the flavours Cola Nut and Key Lime, Soda Press Co says.

‘Best of old and new’

“We know Australians are continuously on the lookout for new refreshing, healthy drinks, but not at the expense of the environment,” he said. “So we’re excited to announce this partnership with Soda Press Co and the launch of its new organic kombucha syrups crafted specially for SodaStream.”

Founder of Soda Press Co Cameron Romeril added: “We pride ourselves on applying the best of old and new techniques to create this new range of award-winning kombucha syrups. We’re a plastic free company and our bottles are 100% recyclable. This goes hand in hand with SodaStream being better for you and the planet.”

Soda Press Kombucha is now available in Big W and on the SodaStream and Soda Press Co websites.