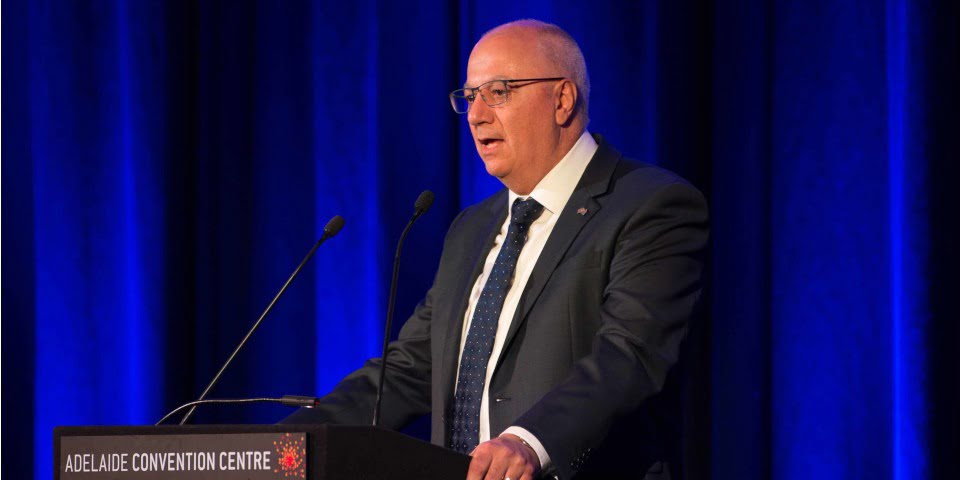 Mr Sciacca addressed suppliers and independent retailers at ‘Beyond 2020’ Foodland conference last Friday. Commenting on the future of the business, he described Foodland as “the most independent independent group in Australia.”

“We’re passionate about that, because we’ll always protect the interest of our retailers and their businesses. Our job is about sustainability and delivering long-term wellbeing to every stakeholder that has a part in the journey. Whether you’re a retailer, a supplier or a customer, or a member of the team.”

Foodland reported YTD retail sales up 2.2 per cent on the previous year, which Mr Sciacca said was an “exceptional result” in the current retail environment. Customer count for the group has stabilised, despite new competitors entering the state. Mr Sciacca said the group is not only not losing customers, but also starting to claw customers back. “That’s a great accolade for our retailers, because it’s the work they do on the shop floor that brings customers back.”

Mr Sciacca identified the market disruptions set to challenge the group in the coming years.

These include the departure of Drakes Supermarkets from the group in July 2019; ALDI expanding to 30 stores in the state; the entry of Kaufland in 2020; the rise of online shopping; and the recent Coles demerger.

“As the world changes, we’ve got to adapt and equip ourselves to meet that challenge,” he said.

Looking to 2020 and beyond, Mr Sciacca said Foodland shareholders will increase from 35 to around 40, with a higher ratio of single store owners. Store numbers are expected to shift from 123 to 102, with nine brand conversions and five new stores in 2019. Network gaps arising from the exit of Drakes in July 2019 will create further opportunities for new sites and brand conversions

He also outlined plans for virtual chain execution, model expansion, format innovation and technology innovation. The cost of doing business will be addressed with mandatory competitive tendering and technology. Foodland also seeks to grow value through “strategic partnerships that grow the pie”.

Mr Sciacca spoke of the new trading model has been agreed with Metcash and will be effective from February 27, 2019. Foodland will run education sessions for both retailers and suppliers to ensure the transition is seamless.

Mr Sciacca said Foodland is the most competitive independent retail group in Australia. He thanked the group’s supply partners for helping Foodland to achieve that.

“You, the supply partners, help us to be more than what we were the past, because your investment gives us the ability to compete in the open market effectively. It gives us the opportunity to win share for the independent sector which protects our jobs, protects your jobs, and makes the economy work better.”

Foodland presented its supplier of the year awards at the gala dinner following the conference. The winners were:

Dairy Supplier of the year: Fonterra.

Bakery and Fresh Foods Supplier of the Year: Goodman Fielder.

Non-Food Supplier of the Year: Kimberly-Clark.

Merchandiser of the Year: Fonterra.

Overall Supplier of the Year: PepsiCo. 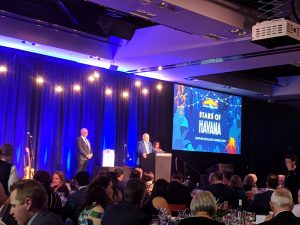 Roger Drake steps down from Foodland board

The event also marked the end of an era, as Drakes Supermarkets CEO Roger Drake stepped down as chairman of the Foodland board and did not stand for re-election. This brought to close 25 years of service and dedication to the Foodland brand.

“Roger has championed our cause in investing thousands of hours in representing and protecting our retailers interests and for that we truly thank you,” Mr Sciacca said.

Mr Drake was presented with a gift for his service at the gala dinner. He told attendees that the group is in better condition than it ever was and reiterated the importance of independents.