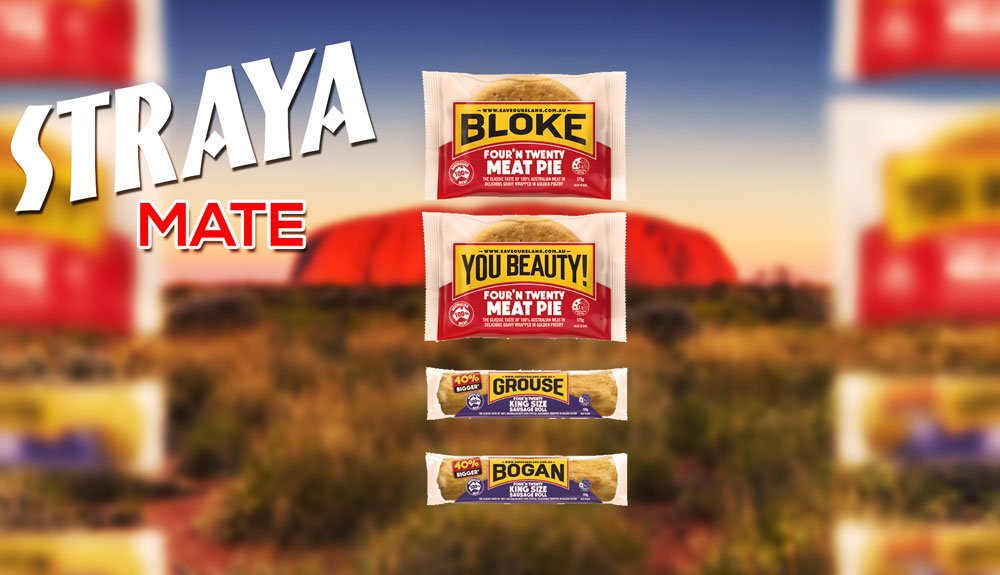 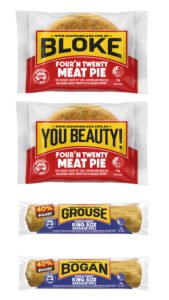 Words such as ‘bloke’, ‘bogan’, ‘grouse’ and  ‘Straya’ are likely to feature.

“As a nation, we’ve always had a way with words,” Four’N Twenty Marketing Manager Mario Matchado said. “It’s time to honour our rich and varied vocabulary of slang expressions.”
In early May, a social-media campaign featuring former AFL star Jonathan Brown will call on Australians to submit their favourite Aussie expressions “to help save our slang”.

Four’N Twenty will take some of the top 70 slang terms and print them on individual packs of its best-selling meat pies and sausage rolls.

“From mid-May through to July, the nation’s favourite meat pies and sausage rolls will be emblazoned with Australia’s most popular slang terms, in place of the Four’N Twenty logo,” Mr Matchado said.

“We’re doing our bit to help preserve that unique aspect of Australian culture: 70 slang words to celebrate 70 years of the ‘great Australian taste’.”

Consumers will have the chance to win special Australiana items, including Four’N Twenty ‘budgie smugglers’, stubby holders, truckie caps, beanies and temporary slang tattoos, by buying any specially marked ‘slang pack’ and entering the prize draw on the promotional website.

The No Nasties Project partners with AFL star in campaign