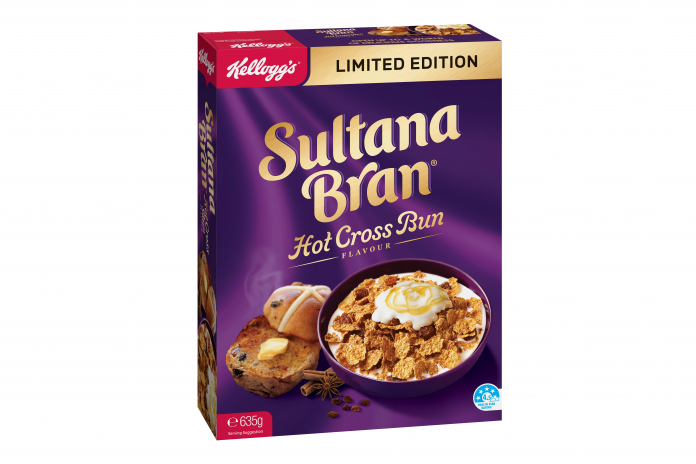 The new cereal combines malty flakes and sultanas with cinnamon and spice flavour for the “ultimate breakfast delight”.

“For the first time ever, we’ve combined this flavour of hot cross buns that Aussies adore,” he says, “with the much-loved tasty and healthy goodness of Sultana Bran to create an unmissable limited edition that won’t be around for long.”