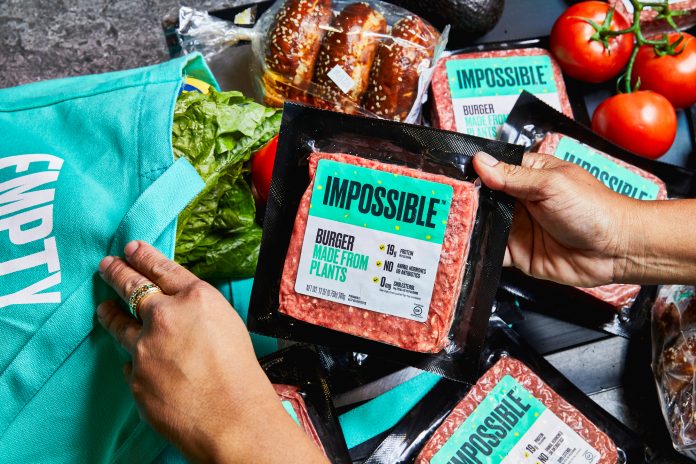 California-based Impossible Foods has launched its flagship product, Impossible Beef Made From Plants, in supermarkets across Australia and New Zealand.

The “award-winning” plant-based meat is now available at Woolworths stores in Australia and Countdown stores in New Zealand.

This is the first time Impossible Beef can be purchased in supermarkets in both regions. It follows the brand’s initial launch in Australian and New Zealand restaurants four months ago.

“This next phase of growth for us will be driven by the millions of meat-loving home cooks across the country who are looking for delicious, nutritious, and sustainable plant-based meat. We can’t wait to see the amazing dishes that Aussies and Kiwis create with Impossible Beef.”

Impossible Beef is promoted as rivalling minced beef from cows with its “juicy taste” and versatility. According to the brand, the product can be used in any mince recipe, including casseroles, lasagne, chilli, bolognese, and pies.

Impossible Beef is made from “quality” plant-based ingredients, “packed” with 18.8g of protein per serving. It’s said to be a “good” source of iron and fibre, and is Kosher, Halal and gluten-free certified.

Impossible notes that the inclusion of heme is what makes Impossible Beef “taste and cook uniquely” like meat from animals.

“Heme is the key ingredient that makes Impossible Beef taste like meat and is identical to the heme found naturally in meat from animals,” the brand says.  ​​

“When the heme in Impossible Beef is combined with other elements found in meat — vitamins, amino acids, and sugars — and heated up, it generates flavour and texture that our taste buds and brain recognise as meat. As you cook it, Impossible Beef transforms from raw minced meat into a juicy and delicious meat that offers the same taste and versatility as beef from cows.

Impossible Beef will be available at additional retailers later this year