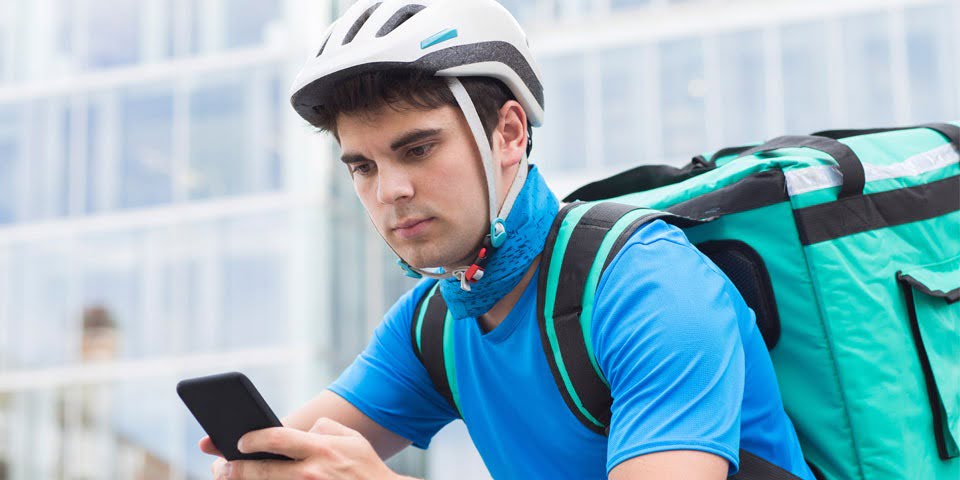 The proliferation of online meal delivery services in Australia is placing increasing pressure on retailers to innovate in defence of their market share. What is the best way forward?

Apps such as Uber Eats have generated more than $600 million in transactional revenue since launching in Australia a few years ago.

Earlier this year, meal-kit delivery specialist Marley Spoon announced it was going public with an initial public offering of $70 million on the ASX. Fresh, ready-to-eat meal-delivery service Youfoodz continues to go from strength to strength, claiming to have secured more than 70,000 new customers in the past two years alone.

Food and meal delivery services have undeniably grown in popularity over the past few years, capitalising on advances in technology and the capacity for scaled infrastructure. These services have changed the way Australians think about and spend their money on food, and companies in this space have been able to generate huge revenue streams despite their relative infancy in the marketplace.

So how should retailers defend against this potential threat? How can they innovate and leverage their retail footprint to retain, and even grow, their share of customers’ wallets?

Last month, Nature conducted research among 1,000 Australians to gain an understanding of their attitudes towards new food-service channels, and, crucially, which potential retail innovations are likely to keep customers.

TRACKING THE GROWTH OF MEAL-DELIVERY SERVICES

Apps that team up with restaurants are by far the most popular food-delivery channel in 2018. Almost a quarter of metro-dwelling people in Australia order from apps such as Uber Eats on a monthly basis, almost twice as many as those who regularly use fresh, ready-to-eat meal-delivery services such as Youfoodz (13 per cent) or meal-kit deliverers such as Marley Spoon (11 per cent). Not surprisingly, 25-34-year-olds are the most active users of these apps, with one in four of this demographic placing orders weekly.

However, many industry commentators have questioned the sustainability of Australia’s new-found addiction to convenient food delivery. With a claimed average spend of $102 a month on these apps, the ongoing cost of food in our busy lifestyle has crept up again. Indeed, the number-one pain point for users of meal-delivery apps is price, and most users acknowledge that they spend more on food now than they did two years ago.

Despite this, there are no signs that the popularity of these services is slowing down. Three-quarters of users intend to spend the same or even more on them in the next year. On top of this, the market is far from capped: just under half of those who have never placed an order are open to doing so in the future. Openness to meal-delivery kits and fresh, ready-to-eat meal-subscription services are similarly high.

The restaurant industry has certainly been affected, with more diverse and fiercer competition than ever before. The impact for supermarkets is less direct, but still one in three app users claim to have spent at least “a little bit less” on supermarket food recently. This result is more pronounced for users of fresh ready-meal and meal-kit delivery services, where one in two claim to spend less at the supermarket as a direct result.

So, with the potential of current users spending more on meal-delivery services in the future, and new users entering the market, innovation represents one strategy for retailers in winning the share battle.

WHAT INNOVATIONS WILL WORK BEST FOR SUPERMARKET RETAILERS?

As part of the research, we measured shopper reaction to a range of new supermarket ideas, testing eight ideas in total. Some were more innovative than others, and each addressed modern consumer trends in a slightly different way.

The top performer was an idea we termed a “dedicated marketplace”, described as “a section in the supermarket specialising in fresh food like fruit/vegetables, bakery, dairy, seafood, etc, that is designed to look and feel exactly like a market. The food here would be authentic and healthy, and the atmosphere would feel different to the rest of the supermarket store.”

More than half of the consumers surveyed would specifically seek out a store if it had a section such as this.

The next best performing idea was a “fresh produce cultivation area”, inspired by the existing Easyhome Ankang supermarket in Beijing. This was described as “an area in the supermarket where fresh produce such as lettuce is kept in special cabinets where light, temperate and humidity are monitored to make the food grow in the store. Customers can ‘harvest’ the food at any time to purchase and take home, knowing it is as fresh as possible.”

Forty-nine per cent of those surveyed claimed they would seek out a specific store if it hosted an area such as this.

Both of these ideas focus on fresh food and growing consumer health trends. Consumers favoured these ideas over others that were more convenience-led, such as super-express online delivery or a “smart cart” store, noting that these were still appealing to consumers (particularly 18-24-year-olds).

Because of changes in what constitutes “healthy”, with “naturality” becoming increasingly sought after, shoppers are making more conscious decisions to buy organic, authentic and ethical food. Forty per cent of the shoppers surveyed will always buy the natural option if available, and more than half actively make ethical choices instore, such as buying free-range eggs.

The winning ideas also emphasise the shopping experience, a key strength of retailers over meal-delivery services. Fiftyone per cent of the household shoppers surveyed enjoy grocery shopping in-store, and the primary barrier to online grocery shopping is not being able to see, smell and feel fresh produce.

Some retailers are already dialling up their fresh-food shopping experience in-market. Earlier this year, ALDI announced it would increase the dedicated floor  space for fresh produce in all its stores, and Woolworths opened a new-look flagship store in Sydney focuses on health offerings and features a hydroponic “living lettuce” set-up.

In addition to the fresh and healthy opportunity, there is also a play for retailers in convenience.

The smart-cart innovation, described as “a physical supermarket that does not have checkouts – you just walk in, pick what you want, then walk out, with an automated system detecting what you pick, automatically charging you the right amount (using your bank card or smartphone)” – has broad appeal, particularly among meal-delivery app users, seven in 10 of whom would specifically seek out a supermarket that offered this service.

Not surprisingly, this idea directly addresses the number-one pain point associated with supermarket shopping: long queues. Not only is it the most pervasive frustration, it has also become worse over the past two years for 20 per cent of those surveyed. Therefore, introducing technology developments such as this could further help retailers deliver an enhanced customer experience, and specifically combat the growing size and risk of ‘Uber Eaters’.

As well as retailers, manufacturers also have an opportunity to capitalise on the changing landscape of consumer food habits.

The prolific rise of new food channels and choice in cuisine has coincided with the shifting cultural heritage of Australia, leading to greater consumption of ethnic cuisines, more adventurous meal choices, and ultimately a country that is dining out more than ever.

Additionally, our lives are busier than ever, and consumers are turning to meals that can save them time, such as ready-made meals. This is particularly true for the under-35s, who claim 40 per cent of all their meals are either convenience foods or ordered from a restaurant.

Developing food products that focus on healthy convenience, show an appreciation for emerging cuisines and vegetables, and present innovative meal combinations is a key growth opportunity into the future.

With more choices than ever, our eating and spending habits are changing notably. Meal delivery has introduced a new feature into the discussion on consumer meal trends and is unarguably shifting the way society interacts with food.

Instead of trying to compete head-on with these new channels on convenience, retailers have an opportunity to exploit their unique advantage of being able to offer an experience that consumers value. Leveraging this unique selling proposition, together with an understanding of what shoppers want from their food, both in terms of products and formats, will pave the way for successful supermarket innovation.

Justin has more than 15 years’ experience consulting to retailers and food-and- beverage manufacturers.

Nature is a strategic insights-based consultancy with a track record of driving business results for its clients. It delivers
the methodological excellence and robust research and analytics needed to underpin important commercial decisions, with insights delivered in an accessible way.

Retail turnover rises 16.9% in May