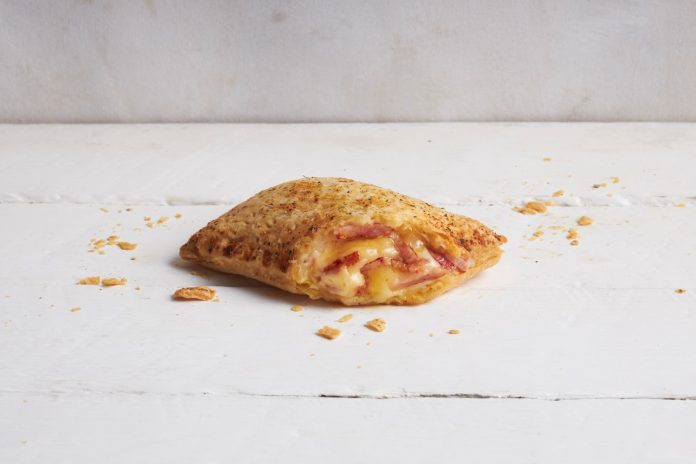 Mrs Mac’s has introduced the rectangular Pastry Bake, promoted as an “all-new style of pie”. 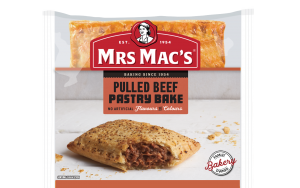 According to the brand, recent research reveals that more than 70% of Aussie respondents prefer eating a pie with their hands. The new Pastry Bake – launched today on the first day of winter – has been created to meet the demand of one-handed, on-the-go snacking.

“In fact, we see pie consumption increase by 20% during the colder months,” he says.

“We have been perfecting pies and pastries for nearly seventy years and wanted to bring something new to this market.

“We see the new pastry bake as the next innovation of the popular pie – an all-new style of pastry experience on the go or a quick and easy meal at home.”

Mrs Mac’s Pastry Bakes are ranged in the variants of Ham & Cheese, Bacon, Egg & Cheese, Pulled Beef, and Creamy Chicken. They are now available at convenience stores, supermarkets and petrol stations across Australia.

To celebrate the launch, Mrs Mac’s commissioned a survey to reveal Aussies’ pie etiquette across each state and to find out more about our “love affair” with the humble pie.

According to the survey, 70% of respondents eat a pie at least once a month, with 30% eating them weekly. Almost three quarters of respondents are “pie purists” and choose to eat their pie with the ‘lid on’ while the remaining 26% prefer it deconstructed.

Surprisingly, says Mrs Mac’s, nearly one in five respondents (17%) do not add sauce to their pie. For those that do, 85% of the time it must be tomato sauce. When it comes to where the sauce should be placed, the nation is divided. Just over 50% of respondents (55%) prefer a dollop on top of the pie, followed by underneath the ‘lid’ (16%). More than one in 10 (12%) opt for sauce on the side.

Nearly all respondents (94%) agree the filling and pastry are a pie’s most defining feature. More particularly, says Mrs Mac’s, Australians love the classic flavours, with Beef, Beef, Cheese and Bacon, and Steak taking the top three spots as most popular fillings.

The findings also reveal state-by-state differences as Victoria and Tasmania battle the states for the title of biggest pie lovers, with one third of respondents (33%) consuming at least one pie a week. This was closely followed by NSW and ACT (32%), South Australia and Northern Territory (31%), Western Australia (26%), and Queensland (25%).