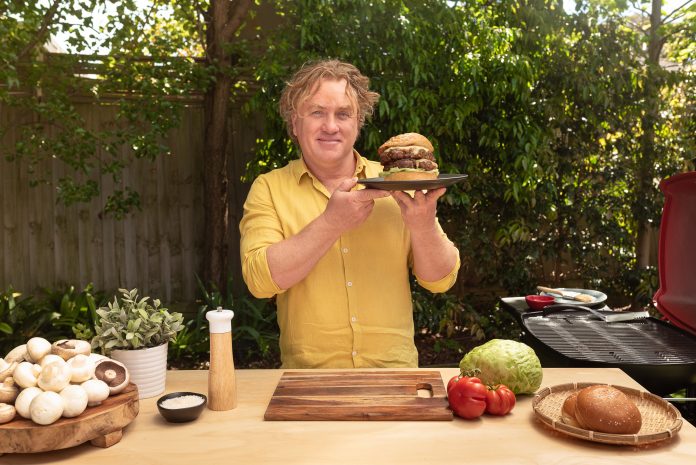 Together, Mr Richardson and the AMGA are offering “simple and tasty” solutions for Australians to cook healthier, more “plant-forward” meals at home, using a combination of mushrooms and minced meat.

Recent research commissioned by the AMGA found that only 15% of Australians have heard about ‘the blend’ movement. 34% stated they had never cooked meals using a blend of mushrooms and mince. 94%, however, were willing to give ‘the blend’ a try after becoming aware of the health benefits.

“Being a blenditarian and joining ‘the blend’ movement is absolutely not about telling people they can’t eat meat,” says Mr Richardson.

“Meat is delicious! Health fads and diets can be confusing or hard to follow, but ‘the blend’ is focused on a simple swap of ingredients, which makes it so simple to adopt.

“All you need to do [is] take whole mushrooms, finely dice them into small pieces, and swap out a portion of mince for mushrooms. You can substitute up to 70% in some recipes without losing taste…

“It’s no secret I am a huge meat advocate and lover, but the truth is, I’ve been blending mushrooms with mince for years; not just because it’s healthier, [but] because it makes burgers and meatballs taste meatier and juicier.”

To celebrate the launch of Mushrooms + Mince = The Blend, the AMGA are giving away four Weber Family Q Premium BBQs valued at $799 each.