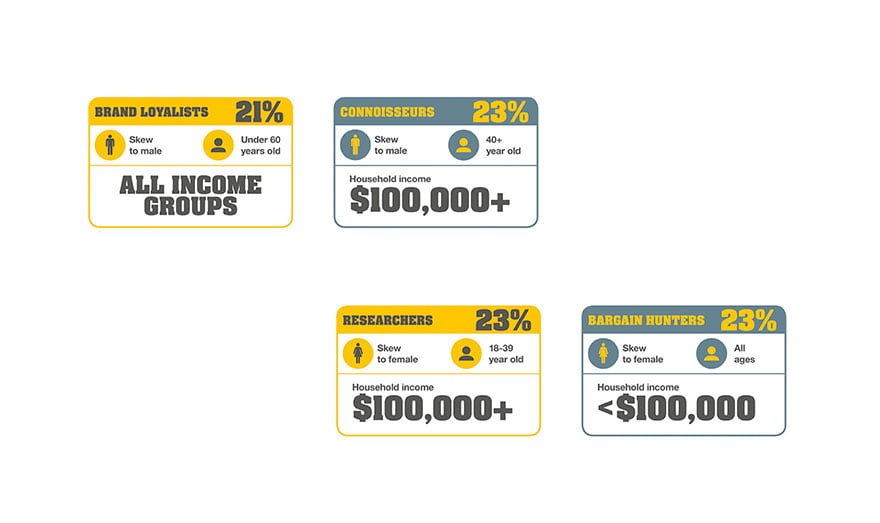 New research from the Commonwealth Bank has found that there is not one-size-fits-all approach to enticing shoppers via price promotions.

Eighty-one per cent of bargain hunters say price is the main influence when purchasing whereas 95 per cent of connoisseurs say quality is more important than price. Eighty-four per cent of researchers plan their purchases around sales. Half of all brand loyalists say brands lose their allure by offering discounts too often.

While 68 per cent of shoppers believe that quality is more important than price, 46 per cent are unwilling to pay full price on any occasion. Seventy-seven per cent of respondents admitted to making impulse purchases, with a 25 per cent discount the average trigger point to entice a purchase.

“For shoppers, the price they pay for an item often reinforces their perception of themselves – whether as a savvy bargain hunter, or as a discerning consumer of quality goods whose buying decisions help them stand out from the crowd,” Commonwealth Bank Executive General Manager Corporate Financial Services, Michael Cant said. “The bottom line is, the lowest price is not always the most attractive. Understanding the broad types of consumer is an important starting point for price strategy. Savvy retailers are very clear on the subtleties of their target market.”

The research found that food and liquor retailers started a sale with a 15 per cent reduction on average, that the average consumer was enticed to buy at 25 per cent in the channel, and that the average final clearance discount was 50 per cent.