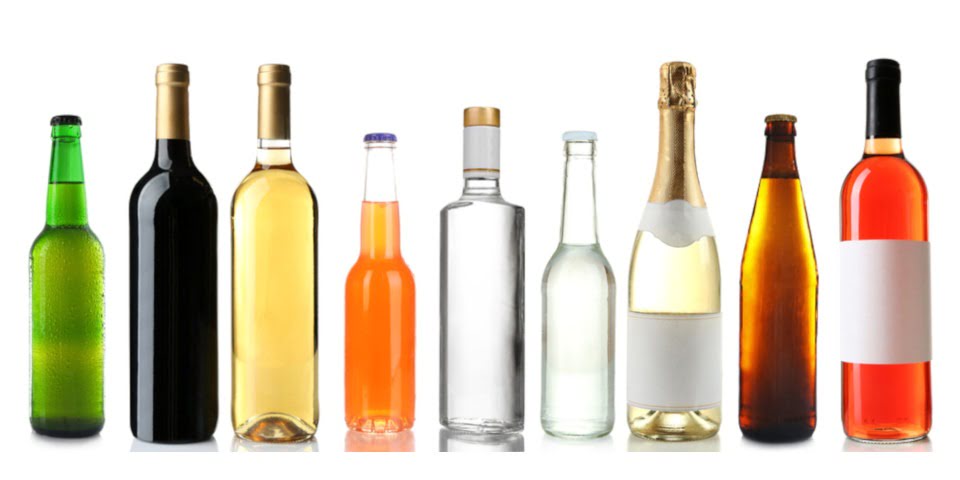 The proportion of the Australian population drinking alcohol continues to fall, although cider is becoming more popular.

This is the headline finding from Roy Morgan’s ‘Alcohol Consumption Currency Report March 2019’.

In an average four-week period, the report found, 67.5 per cent of the Australian population aged 18 and over consume at least one type of alcoholic drink. This proportion represents a gradual decline over the past five years from 70.1 per cent in 2014.

All major categories of alcoholic drink showed declines in popularity over this period, apart from cider.

Decline for wine, but cider rising

According to Roy Morgan, 42.8 per cent of the Australian population aged 18-plus drank wine over an average four-week period. This puts wine ahead of beer on 38.2 per cent and spirits on 26.3 per cent.

More than one in ten (11.4 per cent) of Australians now drink cider, up from 11.1 per cent five years ago. This makes it the only type of alcohol to have increased its consumption.

By contrast, over the past five years, the biggest decline was for wine (down 2.3 percentage points). Beer also showed a small decline of 0.6 percentage points. As a result, it closed the gap slightly on wine as Australia’s most widely drunk alcohol.

Beer beats other drinks for volume

Although wine is still the most popular alcoholic drink in terms of number of drinkers, beer is top in terms of volume (based on glasses). 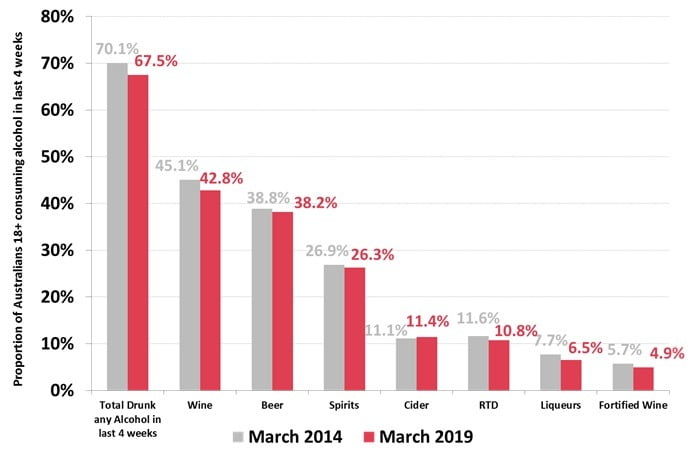 Wine for women, beer for blokes

Overall, men drink about twice as much alcohol as women – 66.6 per cent of all alcohol, compared with just 33.4 per cent for women. But there are marked differences in what they drink, too.

The most popular alcohol by volume for women is wine, which accounts for 48.2 per cent of all the alcohol they drink.

For men, by contrast, it’s beer. In fact, 58.4 per cent of all the alcohol men drink is the brown stuff.

“Alcohol has often been considered to have a central role in the social life of many Australians,” she said. “However, the latest research from Roy Morgan shows that a declining proportion of Australians are now drinking alcohol. As we’ve highlighted, the drinking habits of Australians are changing.”

Ms Levine also says the decline in beer drinking may be a long-term trend, rather than just a blip.

“A deeper analysis of the beer-drinking habits of Australian men reveals the tradition may be in long-term decline.”