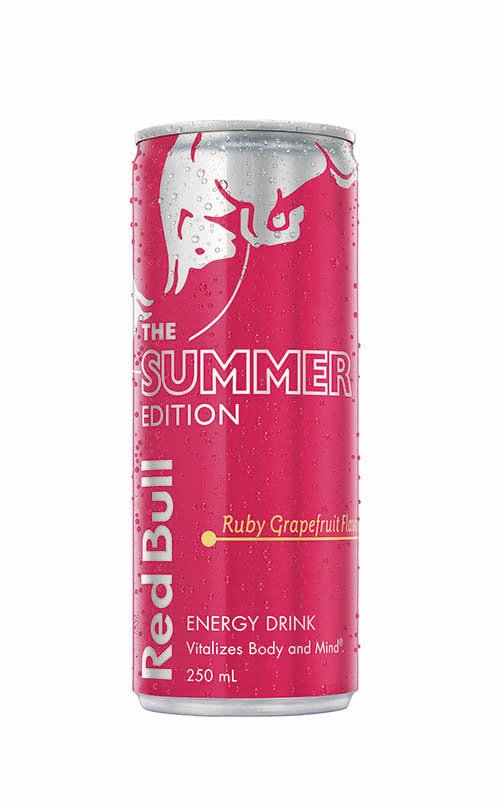 Fans of Red Bull’s Summer Editions are set for the newest flavour to hit stores this August: Ruby Grapefruit.

Red Bull says this addition to its range offers consumers “the same functional benefits as Red Bull Energy Drink with a new light and summery twist on the classic taste.”

“New flavour variants play a key role in continuing to drive growth in the energy-drink category,” a Red Bull spokesperson said. “Flavoured-energy-drink shoppers are more impulsive than the category average, with one in two energy-drink purchases being unplanned, creating an exciting opportunity to drive trial and deliver to shoppers’ demand for innovation in the category.”

The launch of the Summer Edition Ruby Grapefruit flavour will be supported by strong direct and indirect sampling initiatives to drive trial, along with an ATL digital awareness campaign and “vibrant” in-store POS.