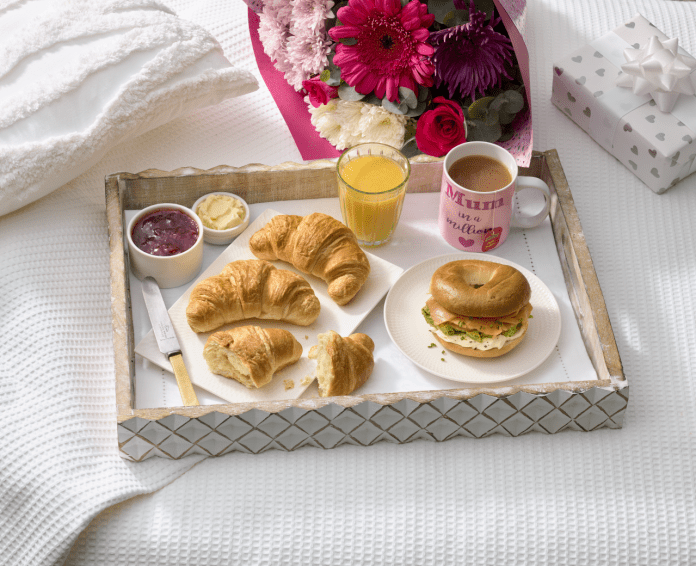 Mother’s Day is traditionally a bumper season for boxed chocolates, flowers and seasonal gifting. However a surge in demand of up to 40% for macarons, croissants and specialty cakes at Coles this week – compared to an average week in the year – suggests there’s a sweet, secret ingredient to this year’s celebrations.

In its biggest ever pre-Mothers’ Day research project, Coles surveyed more than 9000 Australians to understand how they intend to celebrate their Mums this weekend.

According to the survey, 29% of Aussies look forward to giving and/or receiving gifts on Mother’s Day. The most popular gift items are cards (28%), flowers (23%) and chocolates (13%). But some mother’s are wanting something a little more specific – the survey found 1 in 4 mothers ask for or buy their own gifts, and this increases to 1 in 3 in families with kids between the ages of 7 and 12.

Despite wanting to treat their mother’s, 40% of Australians are looking out for specials more than ever to keep the cost of Mother’s Day down, including 38% who are looking to save on food.

Of those who are concerned about food prices, people manage their spend mainly by focussing on specials and promotions (36%) and having a set budget (31%).

Breakfast foods (22%), dips/crackers (21%), cakes (21%) and chocolates (21%) are the top foods to be consumed for Mother’s Day. Breakfast foods are particularly strongest amongst families with kids.

For Aussies wanting to celebrate with something stronger, sparkling (21%) and white wine (20%) are most popular at this time followed by red wine (11%), French Champagne (8%), beer (8%) and spirits (8%). For those with older children, cocktails are the most popular choice among those who imbibe.

For the mothers at the heart of these celebrations, it is more about the togetherness or even receiving a card than the presents. Almost half of all Australians look forward to togetherness during Mother’s Day, followed by 30% of people who value treating themselves, their mother or other special person in their life.

Gratefulness is the second feeling people report after love, consistently across all demographics.