Castle Towers, a shopping centre in north west Sydney, has unveiled the first stage of its $1 billion master-planned retail and lifestyle destination.

“As stewards of this important piece of community infrastructure for almost 30 years, Castle Towers is not only one of Australia’s top 10 performing super regional malls, but a town centre which locals can proudly call their own and feel is a key part of the fabric of the Hills community,” Mr O’Brien said.

“Sitting in the heart of one of Sydney’s most sought-after residential catchments, it was a strategic priority for us to work closely with Sydney Metro to deliver on our vision to transform Castle Towers into a destination with multi-modal transport options for the 18 million customers who visit each year.” 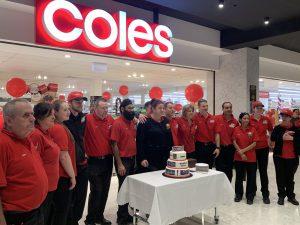 A number of existing retailers have also relocated to the new ground floor hub. These include Costi’s Fresh Seafood and Shepherd’s Artisan Bakehouse.

In total, 37 retailers opened their doors as part of the unveiling.

Early 2020 will see retailers such as CHOP Butchery, Miracle Supermarket, Yogurberry and Starbucks join the mix.