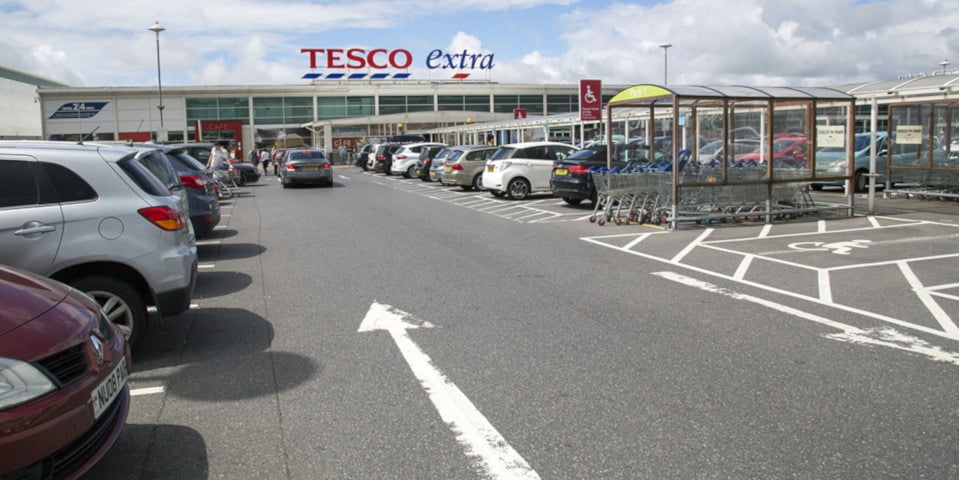 A UK branch of Tesco has found an innovative use for waste plastic – re-surfacing its car park.

It did so using the equivalent weight of 225,000 plastic bags, thereby saving more than 900kg of plastic from landfill.

The retail giant worked in partnership with MacRebur, a plastic-road company. It claims to be the first UK supermarket to use waste plastic in this way.

In a statement, the supermarket said, “The move is part of the supermarket looking for new ways to reuse waste plastics, reduce carbon and promote a sustainable closed loop system.”

Tesco was also the first major retailer to remove 5p (9c) bags from its stores. This resulted in the quantity of single use bags it sold in the past year falling by more than half.

Tesco re-surfaced the car park of its Cuckoo Bridge branch in Dumfries, Scotland, by adding the waste plastic to an asphalt mix. It says the asphalt’s performance “has not being compromised” by the process.

By using the waste plastic, Tesco claims to have saved the equivalent weight in fossil fuels from extraction. The carbon footprint has also been reduced by more than a tonne (1,044kg).

“We’re able to take the waste plastics that are otherwise destined for landfill and add them into an asphalt mix to create a stronger, longer-lasting, pothole-free road surface,” Toby McCartney of MacRebur Plastics Road Company said.

“We’re working hard to reduce plastics and reuse and recycle wherever possible,” Tesco Head of Environment Kene Umeasiegbu said. “Reusing waste plastics in this way is another example of how Tesco is innovating in the war against waste.”

Tesco says it will be testing this new road surface out at the Cuckoo Bridge store through the winter. It adds that it hopes to work with MacRebur on future projects to help reuse waste plastics.