Vodafone teams up with Alipay ‘to reach Chinese visitors’ 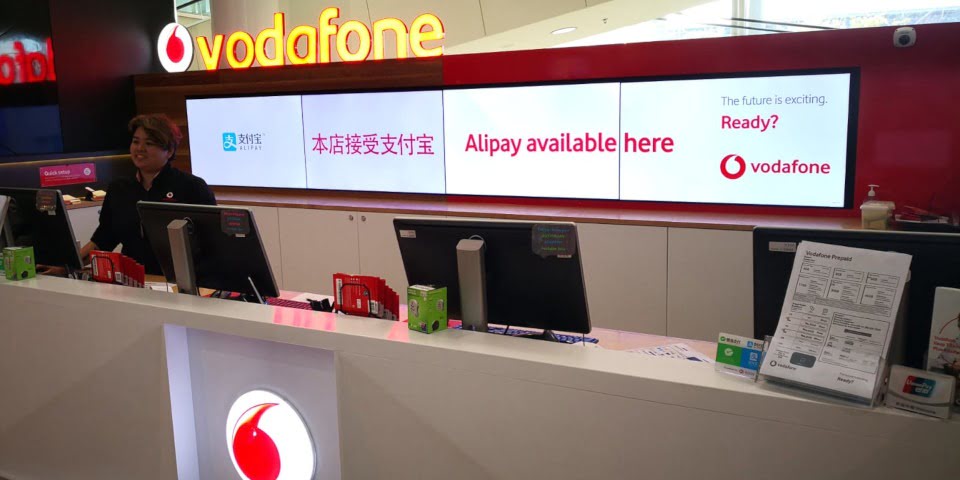 Vodafone has announced a partnership to enable 110 of its stores across Australia to accept China’s number-one payment method, Alipay.

The agreement allows Vodafone to offer Chinese tourists their preferred QR code payment method in-store. Doing so, says Vodaphone, “opens a new marketing channel to reach Chinese nationals before, during and after their visits to Australia”.

Vodafone says it’s the first major telecommunications company in Australia to sign an agreement with Alipay.

After testing it successfully, Vodaphone has switched on the technology nationwide. It’s also available in Vodafone stores in Australia’s international airports so Chinese visitors can access local mobile services straight away.

Vodafone says it will use Alipay’s “unique in-app marketing” to promote its prepaid SIM cards to Chinese travellers.

“Alipay helps us continue to differentiate Vodafone as the number-one choice for Chinese visitors to Australia.”

“Forward-thinking businesses like Vodafone are increasingly giving themselves a competitive advantage by letting visitors pay in their preferred way.

“Using our technology, Vodafone will now be able to communicate with a customer as soon as they land at an Australian airport to offer them a discount on a local SIM card or other services.

“Chinese consumers are tech-savvy and want to find the best deal. Time and time again, we see these types of offers are incredibly well received.”

According to Alipay data, Australia is the ninth most popular destination for Chinese travellers, based on payment volume.

Previous articleProduct of the Year: healthy and gluten free on the rise
Next articleFemale SME leaders cope better with stress