We’ll roll on with our heads held high 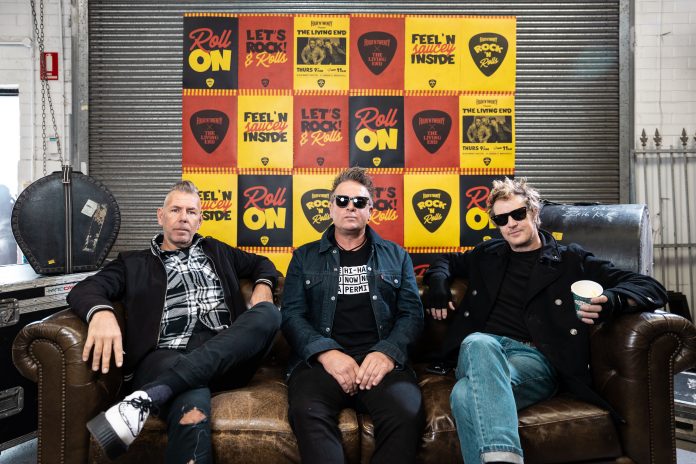 Last week a one-of-a-kind pop up cafe, named ‘Rock’N Rolls’ took over Black Market Roasters in Marrickville in Sydney’s inner west, transforming it into a weird and wonderful fusion of food and rock fun.

The pop-up activation from creative agency BRING brought to life a fun mash-up of sausage rolls and music, with a wall of legends showcasing the best in food, music and sports. New Loaded! Rolls were served up hot to fans as they stepped inside a cafe style playful environment.

Chris Cheney, lead singer of The Living End says the band have been big fans of Four’N Twenty ever since they were kids, and love grabbing a “sauso roll” on the road when they’re on tour.

“We’re thrilled to be partnering with the brand to combine two of our favourite things – great Aussie rock with great Aussie food. Was it a little weird? Hell yeah. But we’re into it,” he says.

Anand Surujpal, General Manager – Marketing & Innovation for Patties Foods says celebrating Four’N Twenty’s heritage and bringing a unique campaign to life with a live music gig in the middle of Sydney is a moment that people will talk about for years to come.

“Evolving from sport into music, we are thrilled to be partnering with The Living End to launch our brand new Four’N Twenty Loaded! Rolls into the market,” he says.