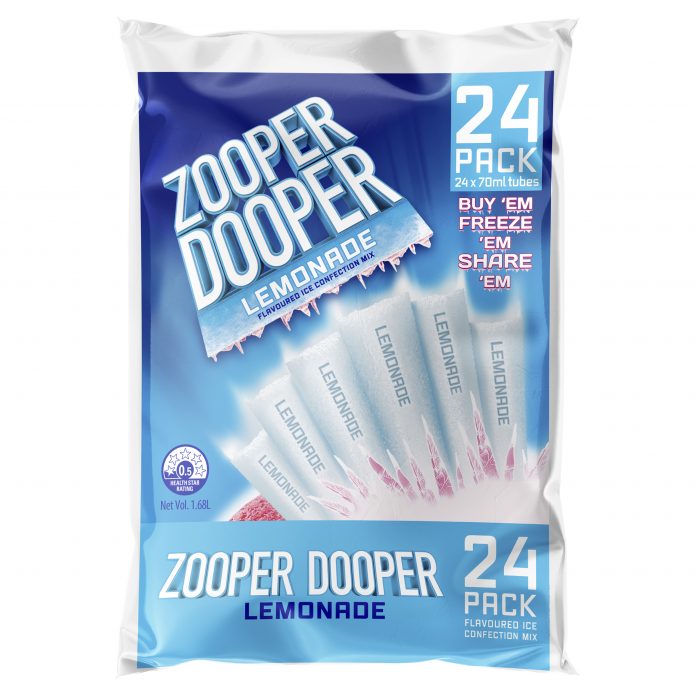 The new offering features 24 tubes of the “refreshing” lemonade flavour and contains no artificial colours.

Bega Dairy Drinks Marketing Director Sharon Winton says it’s no surprise that Aussies are divided when it comes to favourite flavours, but there’s one thing fans do agree on and that is wanting more of their favourite Zooper Dooper flavour in a pack.

“We love surprising our consumers with collaborations and limited-edition releases, but when choosing our first single flavour offering, we needed something universally appealing and we know love for the lemonade Zooper Dooper runs deep,” she says.

“Just like heading to the beach during a heatwave, Aussies look to Zooper Doopers for an instant cool down and now they can add a whole bag of the refreshing classic to their freezer alongside the trusted rainbow of flavours they grew up with.”

Zooper Dooper Lemonade is available in Woolworths and independent grocers nationally, for a limited time.