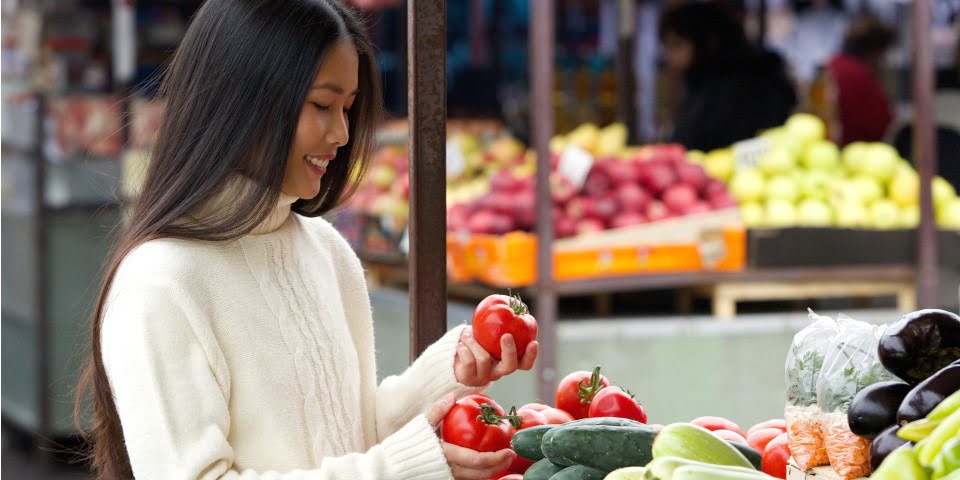 It defines “multicultural” (or “ethnic”) shoppers as those from non-English-speaking households.

Nielsen says this demographic will become even more important over the next few years – for two reasons. First, immigration to Australia is rising. Second, multicultural consumers are having a growing influence on Australian cuisine.

“Adapting to the traditions, attitudes and shopping behaviour of multicultural consumers is a sizeable growth opportunity for Australian fruit and vegetable growers and retailers,” Nielsen said in a statement.

According to Nielsen, ethnic households bought significantly more of the following items over the past year, both in volume and dollar terms:

A preference for specialty stores

According to Nielsen, savvy Aussie retailers should start factoring Asian-Australians into their retail strategies.

“When thinking about our culturally diverse mix, we should no longer be focusing solely on European cultures,” Nielsen said. “Today, Asian-born Australians represent more than 10 per cent of the overall population. Their footprint has more than doubled over the past 20 years and this will continue to increase. Asian-born consumers are growing in importance and engaging with them requires a change in mindset.

“It’s also important to remember that ethnic households are more cost-conscious than non-ethnic households. Therefore, any new product developments targeting ethnic shoppers should be supplied at a competitive price point.”