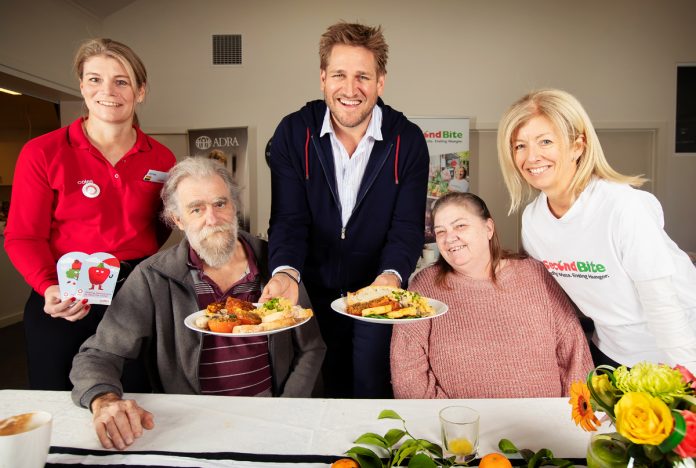 The national appeal gets underway amid a “spike in demand” for food relief this winter with SecondBite’s research revealing its agencies are experiencing a “marked increase” in requests for support particularly among individuals and families in stable employment, who have not previously required food assistance.

This winter, customers can help support Aussies in need by purchasing a $2 donation card at the supermarket checkout until Tuesday, 5 July. They can also purchase a Coles Kitchen 300g soup, with 10¢ of every tub soup sold until 31 October going to the cause.

In further support, customers can make a donation at Liquorland, Vintage Cellars or First Choice Liquor Market stores until Tuesday, 12 July, or make a donation via secondbite.org.

Coles chef and ambassador Curtis Stone calls on customers to dig deep during the Winter Appeal to support those in our community doing it tough.

“As the temperature plummets, it really hits home how difficult this winter will be for so many who cannot afford to put a regular, healthy meal on the table,” he says.

“By donating as little as $2, SecondBite can provide the equivalent of 10 nutritious meals to families or individuals in need.”

SecondBite CEO Steve Clifford says the extraordinary demand for food relief highlights that anyone can find themselves requiring food support given adverse circumstances.

“This year we’re seeing layer upon layer of need as individuals and families, who have previously been able to support themselves are now wondering where their next meal will come from,” he says.

“Due to cost-of-living pressures and the lack of safe and affordable housing, we have seen a 20% increase in families requiring food relief.  fundr

“In emergency relief networks run by local councils across Victoria, there is also a trend of not only rough sleepers and single households increasing but family households requiring urgent support. This places a huge burden on a family unit – in turn increasing mental health issues and family and domestic violence interventions.”