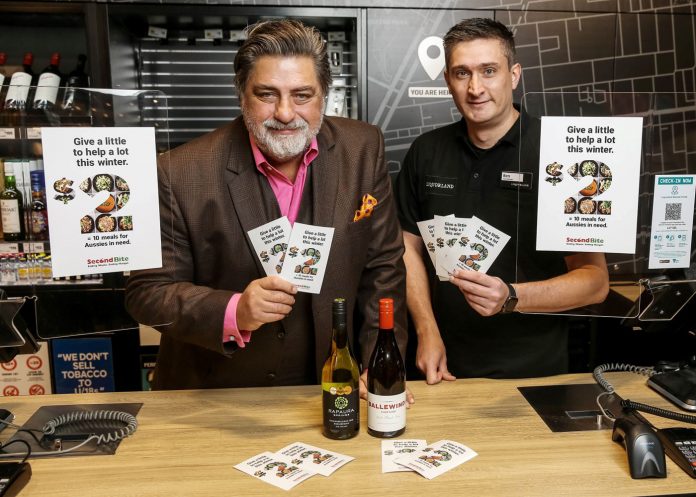 Coles Liquor customers can support Australians in need by joining the fundraising appeal for SecondBite.

According to the food rescue organisation’s latest research, three out of four food charities are expecting higher demand for their services with many people facing the challenge of a second Covid-19 winter.

From today, Coles Liquor customers can support the national SecondBite Winter Appeal by purchasing a $2 donation card or donating directly at the checkout at Liquorland, First Choice Liquor Market and Vintage Cellars until 15 August.

Coles Liquor Chief Executive Darren Blackhurst says that a donation of just $2 to the SecondBite Appeal supports 10 meals for families or individuals in need.

“We know there are a lot of people in our community who cannot afford regular meals, let alone nutritious food, so the Coles Liquor team is working with our valued customers to support Australians doing it tough,” he says.

“Since Coles Liquor first partnered with SecondBite six years ago, our customers have donated the equivalent of nearly 27 million meals.

“We are so proud of our partnership with SecondBite and the important work it does in turning surplus fresh food into meals for vulnerable community members.”

SecondBite Ambassador and Board Director Matt Preston says the impact of Covid-19 on vulnerable communities as well as volunteering made the need for food relief even more urgent this winter.

“Almost 80% of our charity and community partners surveyed saw an increase in demand for their food relief programs compared to last year,” he says.