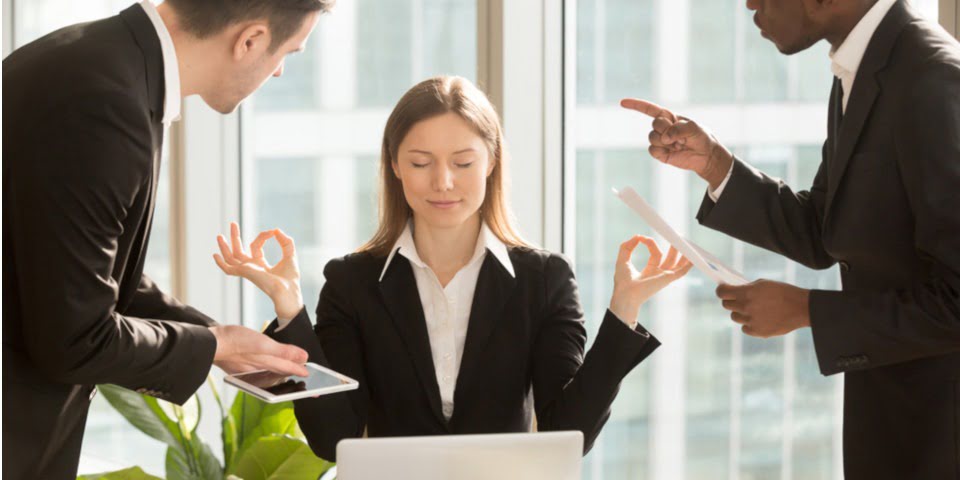 Sixty-four per cent of female SME leaders said they encounter a stressful event that stops them thinking clearly at least once a day. But the proportion of male respondents reporting this was 75 per cent.

However, the study also suggests female SME leaders deal better with common workplace stress. They do so despite being more likely to juggle competing thoughts relating to responsibilities beyond the business.

For example, only eight per cent of male respondents (female, 15 per cent) cited childcare as a stress trigger. Worries about health affected 16 per cent of women, but only 10 per cent of men.

An alarming picture for all

“Although the study suggests that female business leaders can handle daily workplace stresses better than their male counterparts, the overall picture is an alarming one,” Paymentsense CMO Guy Moreve said.

“Those at the top of the UK’s small businesses need real resilience to remain focused and resist unexpected distractions. Our research underscores the daily emotional burden of running a business, and the importance of having a plan to deal with it. While many SME leaders working hard to protect their employees’ wellbeing, they shouldn’t overlook their own.

“There are also serious productivity implications to consider. Even if a business owner is interrupted or prevented from thinking clearly for just five minutes a day by stress, it will damage long-term productivity. Overall, almost one in four business leaders in our study said they are seriously distracted by stress at least five times a day. So this downtime can soon accumulate.”