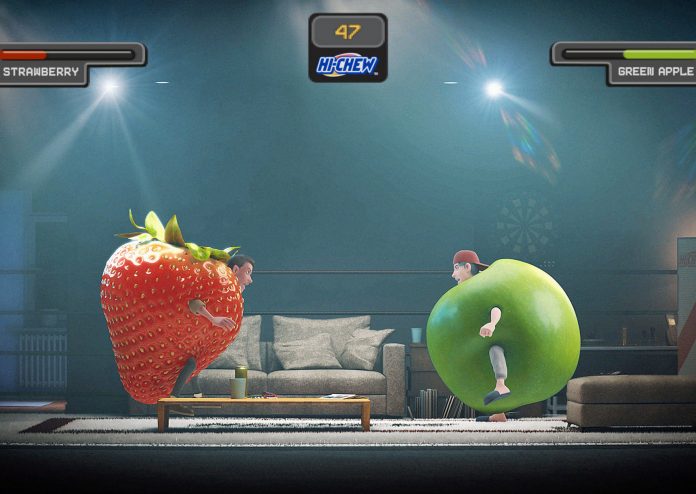 Hi-Chew has been running a test campaign for the last couple of months, focusing on social media including Facebook and Instagram.

The new campaign features the slogan ‘Fortune Flavours the Bold’ – the trial program has raised both awareness and sales, especially among Hi-Chew’s core 18-29 age target.

The centrepiece of the expanded campaign is a new 30 second HD animated video, a humorous take on the sport of sumo entitled ‘Fruit Wrestling’.

Its campaign also features a new brand ambassador, Sachiyo Yamada, a Japanese woman who was selected to play for Australia’s national lacrosse team in 2017, winning a bronze medal at the World Games.

“Hi-Chew is making a moajor commitment to both the Australia and New Zealand markets,” says Managing Director of Morinaga Asia Pacific Co.

“Our candy is the best-selling soft candy in Japan, and sales have more than tripled in the U.S. over the past five years. We plan to do whatever it takes to achieve the same success here.”

In Australia the candy is recently been ranged at selected Coles stores nationwide. In New Zealand, the brand is sold at various retailers, including Pak ‘n Save and New World.

“Per-capita consumption of sugar confectionery is much higher in these two markets than in Japan,” explained Managing Director of Australian distributor Grocery Corporation, Anthony King.

“Sales value in the USA rose to US$58 million last year. We expect to see a rapid growth rate here as well.”

To view the video for the campaign click on the following link: