IGA is the major partner of the upcoming new Australian film, The BBQ, and is promoting its stores as the ‘go-to’ destination when planning a barbecue.

The BBQ stars IGA ambassador Shane Jacobson who plays the role of Darren ‘Dazza’ Cook: a suburban everyman who finds his passion for the neighbourhood backyard ‘barbie’ thrust into the red-hot competitive arena of international barbecue festivals.

As well as being the major sponsor of the film, IGA has been part of its development since its inception. The team has been working closely with the producers, with an IGA Store (Ritchies SUPA IGA in Mt Waverley Victoria) being a key feature in the film.

Commenting on the partnership, Metcash CEO of Supermarkets and Convenience Steven Cain said: “We’re excited to be involved with the making of The BBQ and the all-star cast, featuring Manu Feidel and Magda Szubanski. Having Shane Jacobson as IGA’s brand ambassador and Julia Zemiro feature as an IGA Store Manager in the movie feels like a natural partnership for the IGA brand.”

To celebrate the collaboration with The BBQ, IGA stores have launched a consumer competition (ending on Feb 27, 2018) for one shopper to win their very own barbecue street party for up to 50 guests hosted by Mr Jacobson.

IGA stores nationwide will also be supporting the movie partnership by giving shoppers the opportunity to win a Weber Compact Kettle BBQ and a bag of Heat Beads. There are more than 1,000 to be won nationally. Later in January, IGA will also be giving away 2,000 double movie passes for its customers to the screening of The BBQ.

Released by Madman Entertainment in association with Label Distribution, The BBQ opens nationwide on February 22 at more than 150 cinemas, following a series of advance screenings around the country over the Australia Day long weekend. 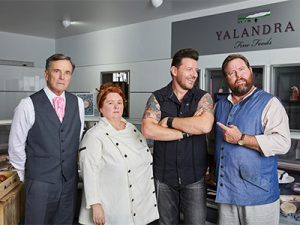 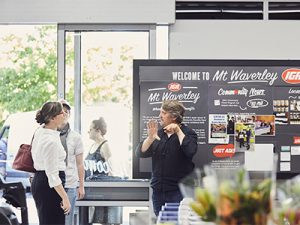 Coles and the Heart Foundation are teaming up in encouraging Aussies to eat healthy and feel better, with the launch of Coles Health Hub. Survey...
Read more

In its latest bid to increase sustainability practises, Woolworths is launching new recyclable paper meat trays across a selection of its Own Brand beef,...
Read more
434FansLike
541FollowersFollow
642FollowersFollow