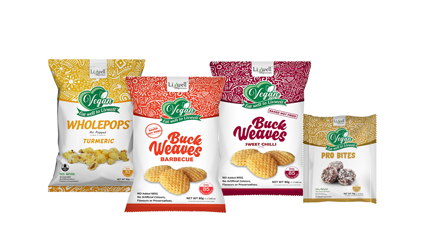 As the market changes, so will brands and their strategies, including package designs.

Brands that are established household names tend to go through a major brand overhaul every 7-10 years, and smaller refreshes more frequently, according to thebrandleader.com.

Recently Burger King’s identity saw a ‘whopper’ of a refresh, with its first new logo, in over 20 years.

Their new logo also pays tribute to the brand’s 64-year-old history, with the refreshed look, holding similarities to an old logo that was used from 1969 to 1999.

A change in Livwell

Similarly, the team at Livwell have been embracing change, within their brand.

The business launched several products since its first debut on the market during 2019. Livwell recognised that consistency of the pack design needed to be revisited.

Additionally, they recognised other key points:

Livwell sought out feedback from its distribution partners and consumers, to take a deeper look into consumer needs and align the findings by commissioning a complete redesign of its product range.

Livwell’s change comes with a number of other brands such as Cadbury and Julie’s changing their packaging design amid the pandemic.

While packaging design is sometimes at the end of the priority list, it is perhaps now a time to re-think the looks of your brand.